Why “Smart Canvas” can change your working style with Google Workspace?

Learn more new knowledge by using Google Workspace and make it an easier way to work.

It has been more than 1 year since we all have faced the Covid19 situation which affects too many sections such as the economy that make our working style change to work at our place or Work from Home more.

Google just developed their functions of Google Workspace to recompense all their Google Workspace customers. It enhances many people work from home more efficiently, and doesn’t feel different from work at the office. For example, we need to have a meeting in the same room but nowadays we have video conferences, another smart option for remote working.

Lately, Google has launched “SMART CANVAS” for easier collaboration among teams. If you are a user who is using Google Documents. Y, you will know the new way to work that has developed from the previous version.

For example, functions that are already launched, users can use “—@-Mention— function” and you will be more professional for work because everything is in control, you can check and audit within Google documents. To use this function, users can see more details such as position and contact information of people they have mentioned. This is just an example and more functions will be announced to you in this year. 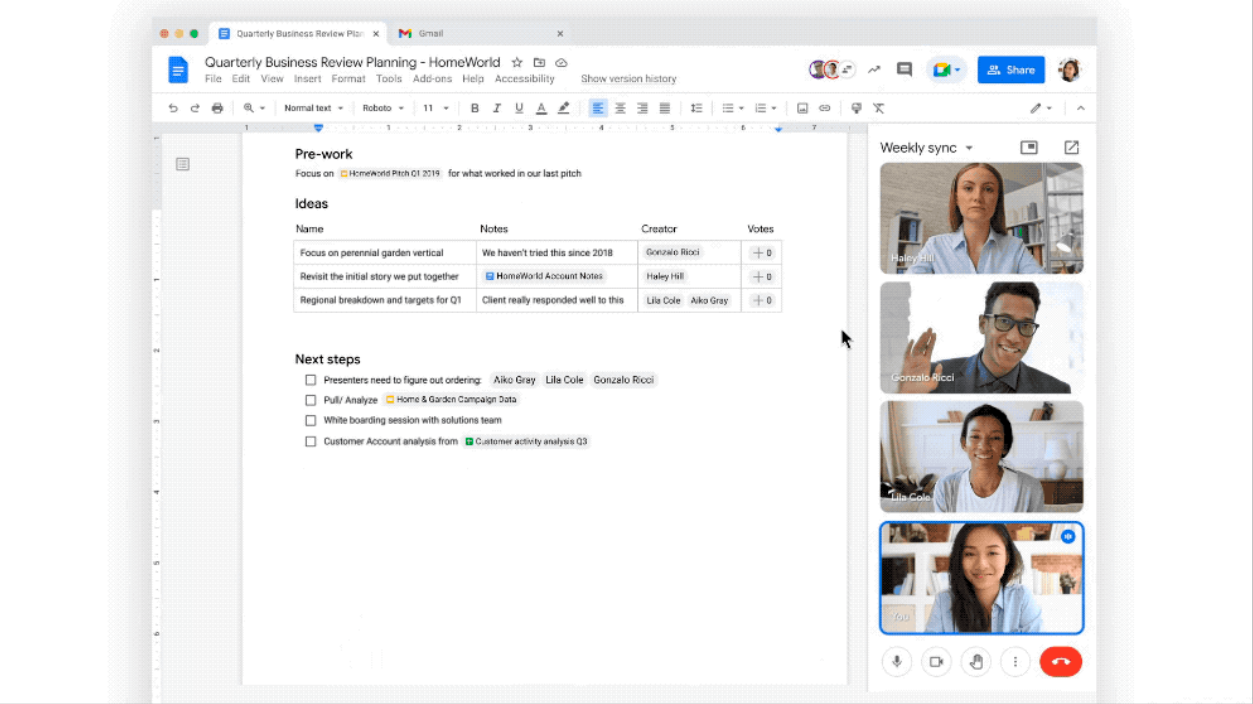 And one more function that we would like to introduce you from Smart Canvas is you can have a meeting in all Google Documents (Google Docs, Google Slides and Google Sheets) directly. This is for fast collaboration and you will see each other while working with a remote team.

Finally, these functions are just  examples from Smart Canvas which Google will launch in the near future for all Google Workspace’s users.